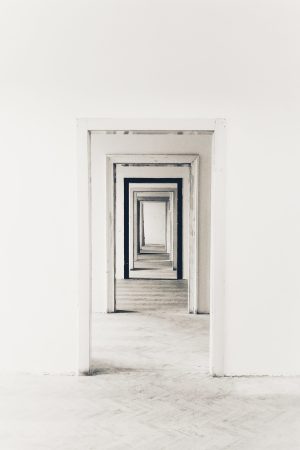 When I saw the connection between SEO and Usability, and started to write about this relationship in 2001 from the original Cre8pc blog, I entered a battlefield.

The SEO folks were not interested in user experience. Usability people thought SEO was a wrecking ball.

By then, I was ready.

I first saw email from AOL in 1994. It had a profound affect on me. In my late 30’s and still nursing my son, I realized I was on the wrong life path.

The problem was I had no idea what I was supposed to do, other than I knew something was wrong. So I asked for a divorce.

That request set all sorts of things into motion. I swung a sharp turn, with no map or plan, and willing to take risks. I caused several years of pain and confusion. For starters, I was divorcing a kind man who was an excellent father. He later once remarked that we were meant to be parents but not married to each other.

I asked for no alimony and no child support. I had no job and had to find a place to live. We found a mediator, we wrote our agreement, I typed it up and the mediator made it legal. We were divorced, I was free and everyone who knew me thought I had completely lost my freaking mind.

One night, in the driveway of a house that belonged to a friend, another friend handed me a 286 RAM PC. I took it home, hooked it up to the Internet using the telephone landline with a 9600 baud modem, and took control of my life.

It didn’t take me long to delete the entire operating system.

Step One – Plug it In

AOL was a long distance toll call I was charged for every time I checked my email. It was the days of chat rooms and listservs that dumped conversations from the email highway into my kitchen where I had set up the PC.

Before I could move myself and the kids out of the townhouse I shared with their Dad, I needed a job.

I had been unemployed for 3 years because child care took 70% of my paycheck. I had quit my job of six years as the person who ran the computers for a manufacturing company and stayed home with the kids.

Teaching myself a career was an accident. I had no idea what I was doing. The only solid piece of information I had in my head at that time was that I did this crazy thing (divorce), and I had to support myself and 2 kids (we shared custody) and I had a knack for computers.

Sharing What I Learned

I realized early on that I needed a place to put my stuff.

Dancing Thunder’s Playground was my online closet. I stashed notes and how-to and examples and links. I’m a fast learner. Search engines and directories were popping up everywhere and so were websites. I was immersed in them and fell in love with search engine marketing.

It was to become my career launching pad.

I went everywhere there was something new to learn about search engines and how to build websites.

One night I was pumping gas and a childhood friend that I hadn’t seen in years pulled up. She recognized me and we chatted for a few minutes to catch up. She asked me what I was up to and I told her I was a “webmaster”. She had never heard that term before. It was the first time I claimed that title for myself.

Those were the days of DejaNews and chat rooms. I met Black Knight and Fantomaster then. Both of them didn’t seem to mind that I was asking so many questions. Or that I was a woman.

Most of the people I met on the web were men. The patient ones were my mentors.

I still remember phone calls with people I would never meet, who taught me how to build nested tables.

This was the year that I took my first step on my career.

I bought the Cre8pc.com domain and built a website about web design and search engines.

By this time the divorce was final and it was time for me to move out. The deal we had made was that whoever could afford our townhouse got to live in it.

That person was not me.

I was hired by a local magazine publisher of computer and vision care print publications. The publisher of Internetwork wanted his magazine on the web. I beat out a programmer dude for the role because I animated the magazine’s mascot and sent that along with an HTML page thank you note after the job interview.

I moved into a small condo in a neighborhood that had no children for mine to play with.

The years there were terribly sad for me and hard to talk about. My kids had no beds. I had no money, other than an assist from my sister to get that condo move going. I still remember when I was forced to withdraw all of the money in my daughter’s bank account to feed us.

She was 7 years old.

My new boss encouraged me to learn everything I could about websites and search engines. He was my first career supporter and the first person to refer to me as an “over achiever”.

When I returned from my brother-in-law’s funeral, my boss broke the news that his publication was shut down and staff laid off, except for me. I was assigned to build websites for 13 publications.

One day at a meeting, someone in the company’s leadership remarked that website people should only be making $5.00 an hour. I was the only webmaster they had, and the search engine marketer.

When I asked for a raise, I was fired.

I was a single mother of two young children who started a club for web folks.

This year is a blur. It has no beginning and it dumps into 1999 with me pushing forward while also being afraid that at any minute something bad was going to happen to me.

I had already figured out that my place was the Web. I could meet people there and talk about EVERYTHING I ever wanted to know ANYTHING about.

Even my own mother called me Dancing Thunder by then.

I freelanced in SEO services and was hired to work on intranets for Unisys.

The Cre8pc Website Promotion Club was a Yahoo! Club that I started because meeting people who wanted to build websites and launch businesses online was fun for me. I met a woman named Carol Daly who ran a small business club and helped her out with it. We supported each other as women who were into this web stuff and were happy to help others learn it too.

Bill Slawski joined her club and he joined mine.

He became a moderator for my club and though in the overall scheme of things, with so many other forums popping up, he stuck with me. Bill was there when my friend Alan Rundfelt offered to host a real forums for me on his servers from the farm in New Jersey where he lived and worked.

With Bill, Ammon Johns and Jill Whalen, by 2002 we had fully launched Cre8asiteforums. It qrew into a thriving online forums that was the first community to introduce SEO’s to usability and accessibility. It closed in 2018 after a 20 year run.

The contract with Unisys had ended and I was unemployed, with 2 kids and a condo. At the most bleakest time I thought I would be homeless and never had the nerve to say anything to Bill Slawski about my situation.

My landlord gave me notice to move out because I couldn’t afford to pay the rent. I asked him to hold off for a month and if I didn’t have a job by then I would leave.

I was hired as a User Interface Engineer for VerticalNet.

By the time I was laid off from there in 2002, I had moved back into the townhouse because I could afford the mortgage, I bought a new car, the kids were in school.

Six hours after being let go of my dream job, where I was taught software QA and Human Factors, I was hired to work as an independent consultant for AT&T WorldNet on an application.

I would continue be self employed from then on, other than a brief time working for the Internet Marketing Ninjas as their UX person.

One of my QA software teachers from 2000 – 2002 convinced me to stop consulting. I wanted to learn more about mobile and web accessibility and this was the perfect opportunity. I signed my employment agreement to work for BMTX as their accessibility specialist in May 2021.

The Little Website that Could – “I learned that nobody wants to feel stupid for asking questions. Since that is how I always felt, I wanted my own forum to be where feeling stupid was perfectly fine.”

“It was Kim Kopp Krause Berg aka Cre8pc (pronounced Create Peace) who made it all fit together in my head.” – Stockbridge Truslow; He wrote more here.